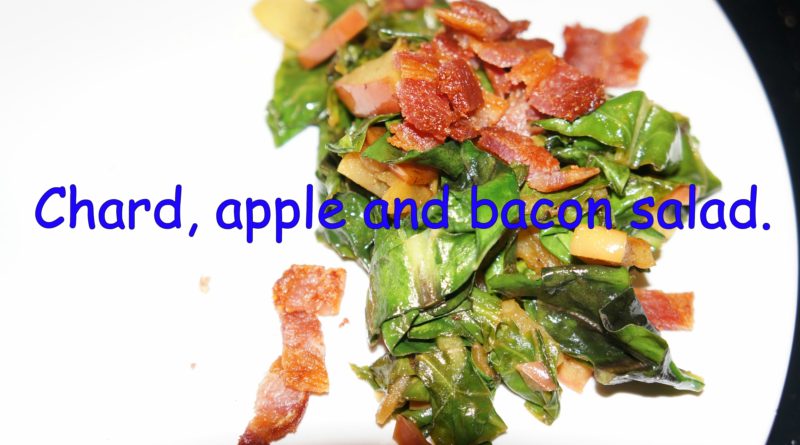 This weeks recipe has been an adventure. I heard originally heard this on another podcast which I then attempted to recreate before finding this recipie from whole foods market.

1 small yellow onion, halved and thinly sliced (I didn't use any onion but will next time)

1 Gala apple, cored and diced (I used an apple from stores)

1 bunch chard, well rinsed and slices (fresh out the garden)

I really enjoyed this dish as a side very tasty with the bacon tasting right the way through. I also like that this had no added fat as the bacon has enough in it.