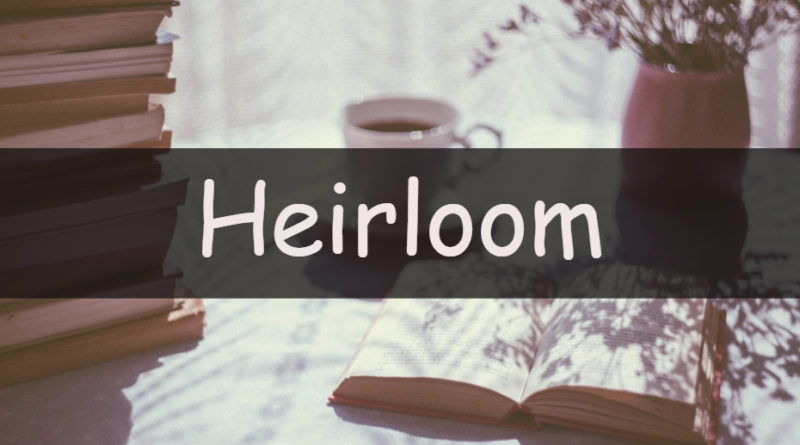 Its that time of the week where we look at my understanding of a horticultural word or term. This week I am looking at the word heirloom.

Heirloom is a word given to an old cultivar of vegetable or plant. This plant is generally used for edible purposes with many gardeners continuing to grow this plant in order to keep seeds to plant the following year thus allowing this variety of plant to continue to exist.

The age of a cultivar of plant or vegetable determines whether it is considered an heirloom or heritage variety. However, this requirement is fiercely debated. One school of thought is that a cultivar is considered heirloom when it is over 100 years old, others say 50 years old whereas some may say it must predate 1945. There is one thing that most authorities do agree about the definition of heirloom varieties. That is that the plant must be open pollinated.

What I find to be worrying is that in the UK and Europe it is believed that around 2000 heirloom varieties have been lost since the 1970s. This is thought to be due to some stringent laws regarding the selling of seeds not on a recognised register.

Last year I bought some seed potato from a variety that very nearly was lost. I am planning to keep seed potatoes from this year's crop in order to keep going for next year. I also try and grow several other heirloom varieties every year and I urge everyone else to try. Modern cultivars are often bred for other reasons be it tolerance to certain diseases or for larger crops. All of which are worthwhile traits but at the same time, I find some of the older varieties to have better flavours.

What do you think about heirloom vegetables? Let me know in the comments or Email me here